The South African MERRELL Adventure Addicts live life “Outside and Alive” – competing in a wide array of disciplines from trail running, mountain biking, road cycling, canoeing, SUPping, spearfishing, reckless dancing and of course adventure racing. None of them have mastered roller blading or social media and despite all being phenomenal and accomplished athletes remain humble and human.

The core squad of the MERRELL team was formed back in 2004 and has successfully competed in numerous adventure races and multisport events throughout South Africa and internationally. As the original members start finding reading glasses and knee replacements on their equipment list, they have brought in some younger recruits to regale with stories of the old days. 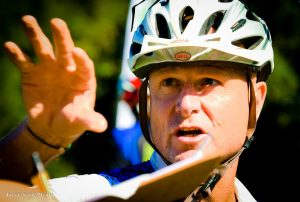 GRAHAM “Tweet” BIRD:
The team is led and managed by Graham Bird. Respected in the sporting world for his unwavering ethics, he seeks excellence in everything but above all honour amongst competitors. He was one of SA’s top canoeists – winning 28 South African titles and numerous top five finishes at World Canoeing Championships and World Cup events – and now veteran of 21 expedition length Adventure Races and countless multi-sport events.

“Speadsheet Tweet” is a compulsive manager and multitasker, making it inevitable that his livelihood is made as an event organizer and accountant. During races he is chief navigator and snake spotter and not shy to tiger line through impenetrable bush if an advantage can be legally gained. Tweet only gets stronger over a long race, emphasizing strategy over speed. 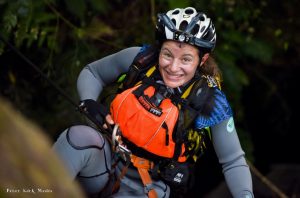 TATUM PRINS:
Although she sprints after her young kids, Tatum epitomizes ‘endurance athlete’ and loves any challenge that pushes her to the limit because, she has discovered, it is never there.
Coming from a river guiding background she became an inspirational, and very loud, personal trainer before starting up an events company with Tweet. She has done or won the majority of hardcore multisport or endurance races in this country and competed at several AR World Championships. With less time to train in the mountains she now focuses on SUPping and represents SA in 2018 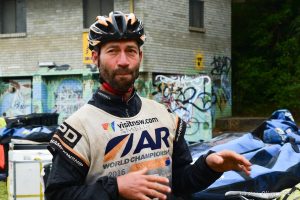 HANNO “Smelly” SMIT:
Also known as “Houtkapper”, is involved in commercial forestry in the Garden Route. He is a naturally gifted athlete from a triathlon, and later paddling, background and grew up cycling in the Outeniqua mountains. Stalwart Oom of the team, Hanno can always be relied on for a philosophical musing or a rousing Afrikaans folksong.
Nowadays fighting off Great Whites while surfski fishing and putting out bush fires constitutes the bulk of his training.
He has taken an all girl team successfully through the Merrell Mentored programme and relishes passing on his experience to novices. Despite his laidback attitude, Hanno is never to be underestimated and can step up to a World Championship again at any time. 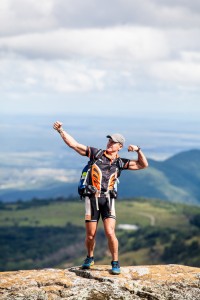 DONOVAN “Tiny” SIMS:
Donovan is a market agent on the East London Fresh Produce Market which means up at 3 am but home by 1pm so lots of training time. Which he spends spearfishing if conditions are right. Don does everything at 150% and has given his all to the sport of Adventure Racing since making the switch from rugby back in 2004.

12 days before World Champs in 2013 he was diagnosed with Leukaemia but he thrashed that on the head and was part of the winning Merrell team at Expedition Africa in 2015. Since then he has raced in the ’15 and ‘16 World Champs and mentored a novice team in ‘17. 2018 will see his dream of racing with four cancer conquerors become reality as captain of the Merrell Cancer Survivors Team. 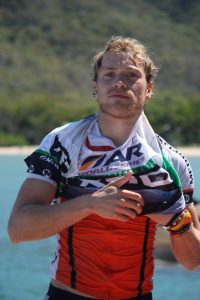 GRANT “Freddo” ROSS:
Whilst at UCT studying to submerse himself in an office job, Grant accidentally found himself in his first 250km expedition style race back in 2004. He had no idea the effect that this mistake would have on his life going forward. Since then he has expressed his love for the outdoors and competition through adventure racing and has managed to avoid a career in finance all together by co-founding the No Danger Diaries and inspiring a zest for life and humanity in people instead.
Grant showed his navigational abilities by finding his way home to Cape Town on a bicycle from the UK.